Replace-by-fee (RBF) is a method that allows users to replace one version of an unconfirmed transaction with a different version of the transaction that pays a higher transaction fee. It was proposed in BIP125 and the initial implementation was released in Bitcoin Core 0.12.0. 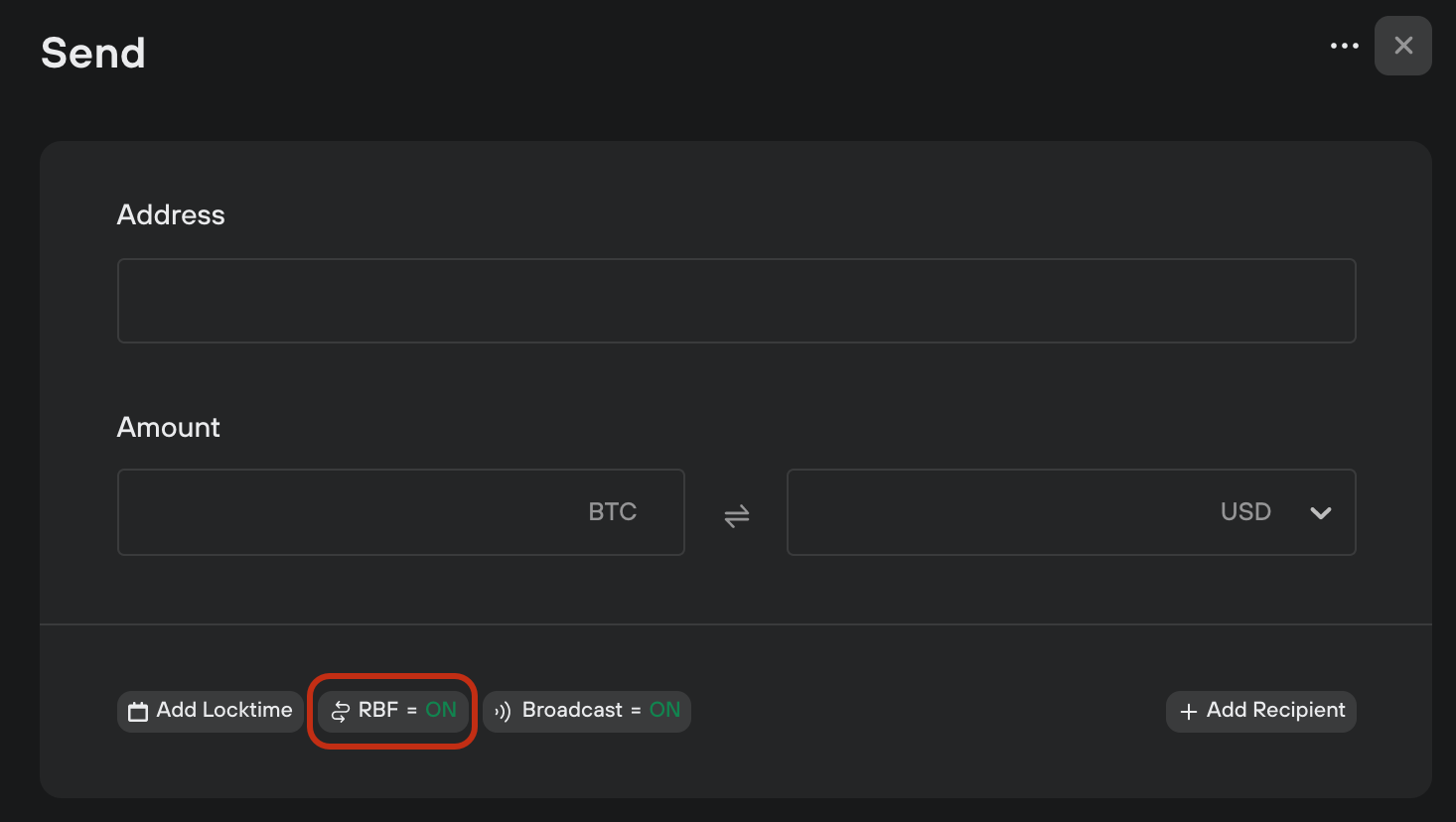 RBF is on by default in Trezor Suite. If disabled, it will not be possible to increase the fee and low-fee transactions may go unconfirmed or fail.

There are two ways to use RBF in Suite: to bump (increase) the fee or to finalize the transaction.

Choosing to bump a fee will open a dialog where a new custom fee can be set. This fee must be higher than the previous fee as it adds the difference to the total set in the previous transaction.

Once a new fee is selected in Suite, the transaction must be confirmed once again on Trezor, which will display the original transaction that is being replaced and the total fee you to be paid.

This process can be repeated as many times needed. A total of all fee bumps will be paid.

Some merchants, in particular those who would normally accept unconfirmed transactions, do not trust RBF-flagged transactions until a certain number of confirmations. In such cases, RBF can be turned off before paying them or an existing transaction can be finalized.

Clicking on ‘Finalize transaction’ in the pending transaction pop-up dialog will send a replacement transaction that is identical but has the RBF flag turned off.


Replace-by-fee with Trezor in Electrum

It is possible to use Replace-by-fee with Trezor device in Electrum. The original transaction can be replaced only if it was made using Electrum with the "Replace by fee" option on (Tools - Preferences - Replace by fee).

a part of SatoshiLabs Group